The festive period truly is the most wonderful time of the year, and we're about to show you exactly why that is! If you’re a fan of all things Christmas and fancy a festive change from the usual, then we recommend spending an afternoon or two at the fabulous Budapest and Prague Christmas Markets. Wrap up warm, relish in the festive festivities, browse an abundance of market stalls offering traditional homemade crafts, gorge on gingerbread, mulled wine and all things sweet, all the while jingling along to some of your favourite Christmas classics. Whatever you get up to, you’re sure to dash, dance and prance your way to a Christmas market stay!

As the capital and largest city in Hungary, there’s plenty to see and do in this romantic city nestled between the Danube and Buda Hills. The city is made up of Buda and Pest, joined by impressive bridges that provide stunning views down the river. But it's not just a city of two halves - it's neo-Gothic, it's Roman, it's got UNESCO World Heritage Sites, it's got world class cuisine, it's got vibrant bars AND it's home to a diverse range of museums and galleries. While you're out and about why not go even further and take a trip to Óbuda and the Buda Hills? In this historical area that seems almost frozen in time, you’ll find ruins that date way back to the second century, beautiful mosaic grounds, headstones and statues. After a long day of trekking, there’s nothing better than unwinding at the spa. Luckily, Budapest is home to the world-famous Szechenyi Baths! With 15 indoor pools and three outside, and waters supplied by two thermal springs that reach up to 38°C, you’ll feel the long days quickly give way to steamy refreshment.

A city of spires, Prague has a rich history spanning a thousand years, with ornate architecture in spades. The Prague Castle is an unmissable spectacle, especially when it’s lit up like a fairy-tale fortress and looming above the beautiful Mánes Bridge. Intricate gothic architecture awaits at the St. Vitus Cathedralis, home to many past kings and even the illustrious Czech Crown Jewels. The Prague Jewish Museum is a decidedly more sombre affair but equally worth your attention. For a very different kind of learning, try out the Prague Beer Museum. Despite the name, the Prague Beer Museum is much more interested in the beer of the present than the beer of the past. With 30 on tap, you’ll soon understand why Prague is often considered the beer capital of the world! 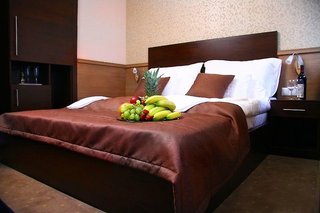 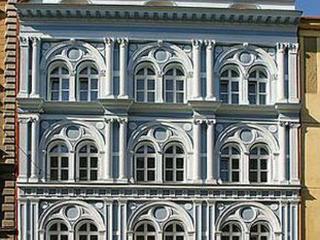