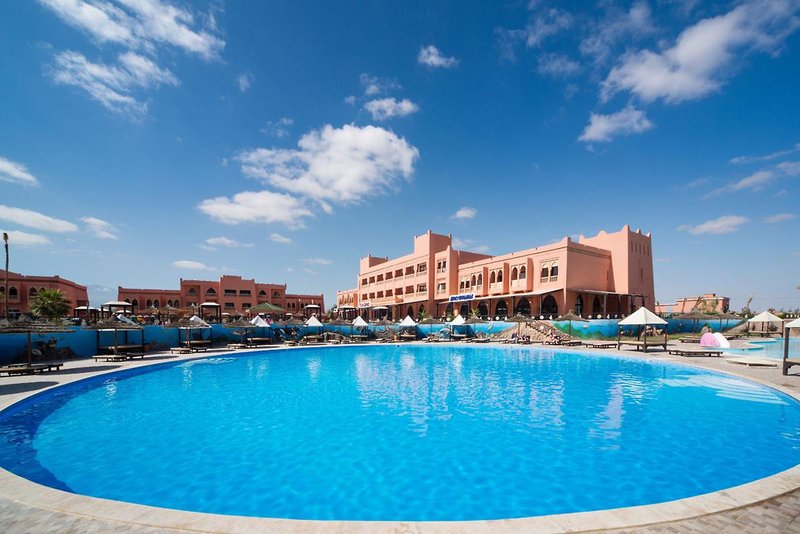 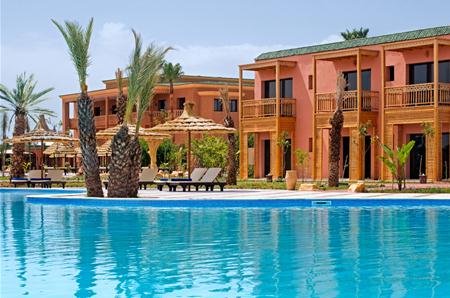 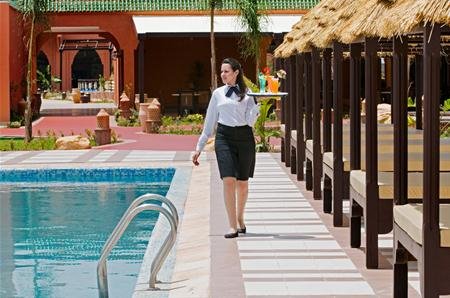 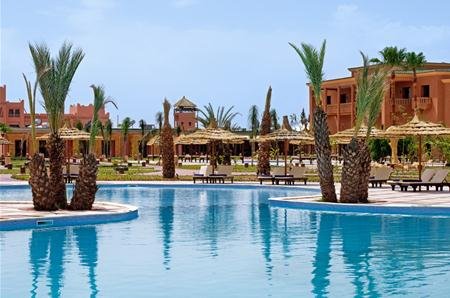 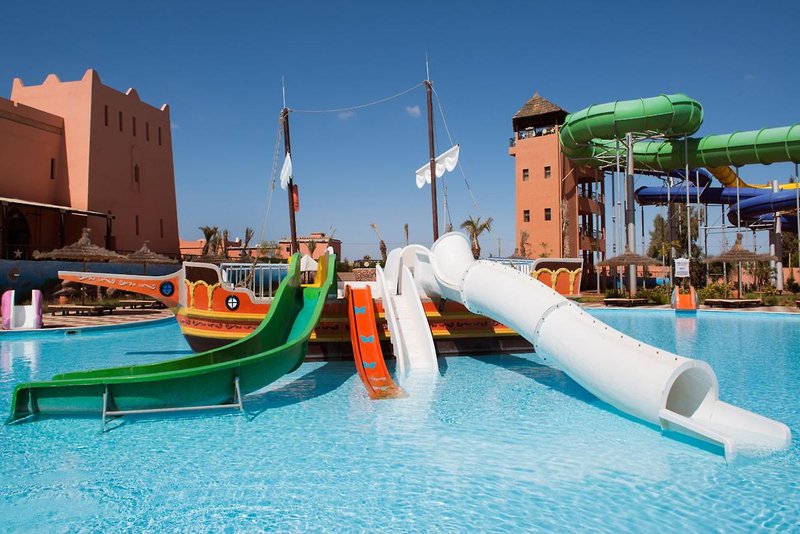 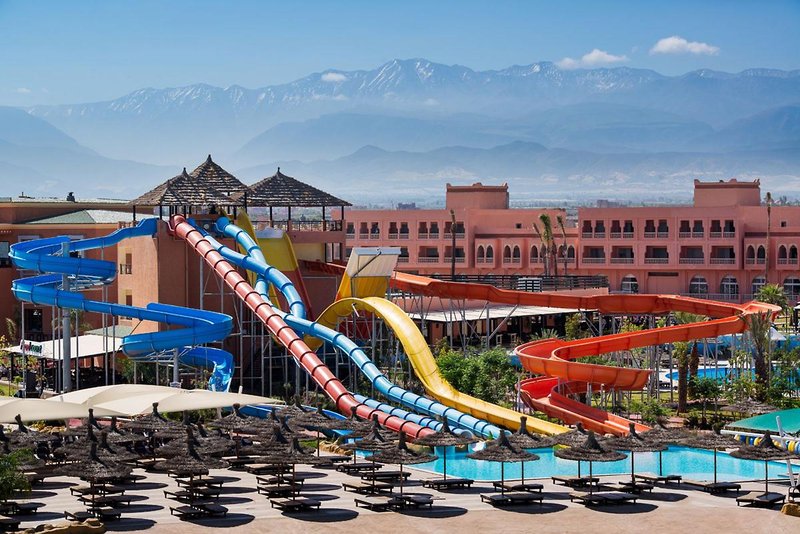 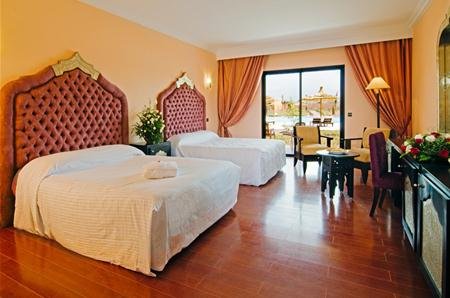 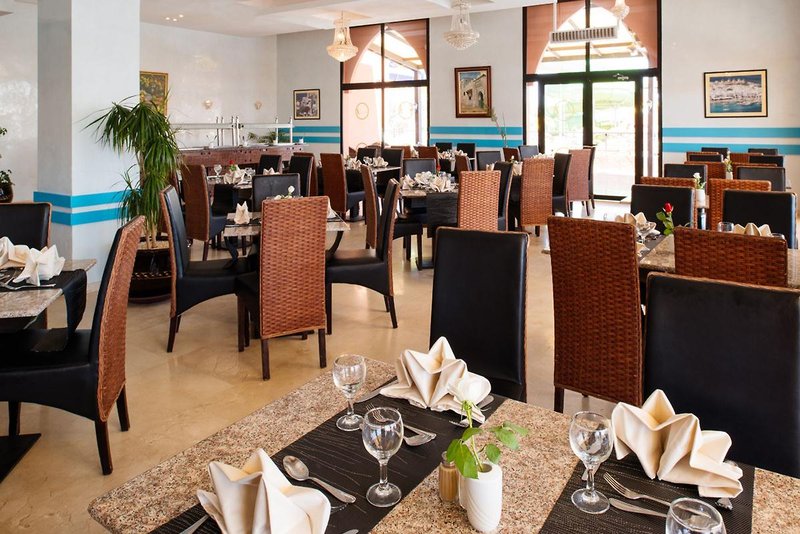 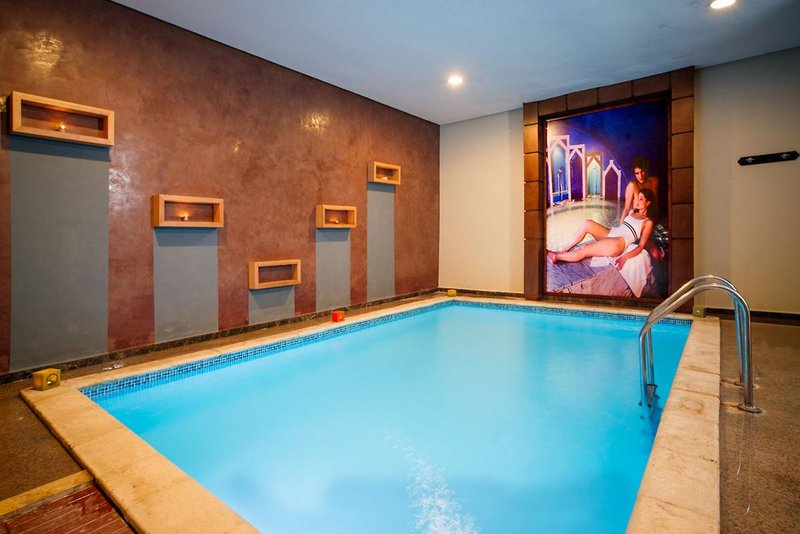 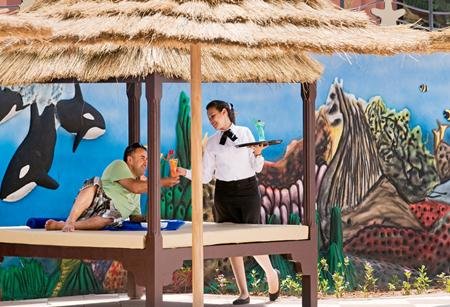 Located to the north of the snow-capped Atlas Mountains, Marrakesh is the fourth largest city in Morocco after Casablanca, Fes and Rabat.

The city is divided into the old fortified Medina, boasting an array of traditional shops on narrow passageways, and the modern district of Gueliz, also known as Ville Nouvelle, hosting an array of designer stores and chic restaurants. Visitors may explore the Djemaa El-Fna square in the heart of Medina or the main shopping avenue Mohamed V. Tourists may also enjoy the calm of the late 19th-century Bahia Palace, combining Islamic and Moroccan design, or the Koutoubia Mosque, Marrakesh’s famous minaret. Marrakesh has a sub-tropical climate with warm to cool winters and high temperatures during the rest of the year. In spring and autumn temperatures reach an average of 28°C, with occasional rainfalls. Summer is characterised by temperatures reaching up to 37°C in July, while winter nights are cold and daily temperatures reach 20°C.

The hotel is an idyllic getaway spot overlooking the Atlas Mountains, in a prime location just a 25-minute drive from the bustling city centre of Marrakech, whose attractions include Jamaa El Fnaa Square and the Menara Gardens. Agadir is around 3 hours' drive from the hotel and Marrakech-Menara airport is around 20 km away.

The hotel is an idyllic getaway spot overlooking the Atlas Mountains, in a prime location just a 25-minute drive from the bustling city centre of Marrakech, whose attractions include Jamaa El Fnaa Square and the Menara Gardens. Agadir is around 3 hours' drive from the hotel and Marrakech-Menara airport is around 20 km away.

All rooms are carpeted and include a double bed, a queen-size bed or a king-size bed

A telephone, a television with satellite/cable channels and WiFi provide all the essentials for a comfortable holiday

The dining area includes a bar

Guests can enjoy the culinary delights of 4 air-conditioned, non-smoking restaurants with separate areas for smokers

All-inclusive is offered as a catering option

For guests, alcoholic and non-alcoholic drinks are included

Valuables can be securely locked in the safe

There are a number of shops, including a souvenir shop

Further services include a babysitting service, a childcare service, room service (for a fee), a laundry service, a hairdresser and a hotel shuttle bus