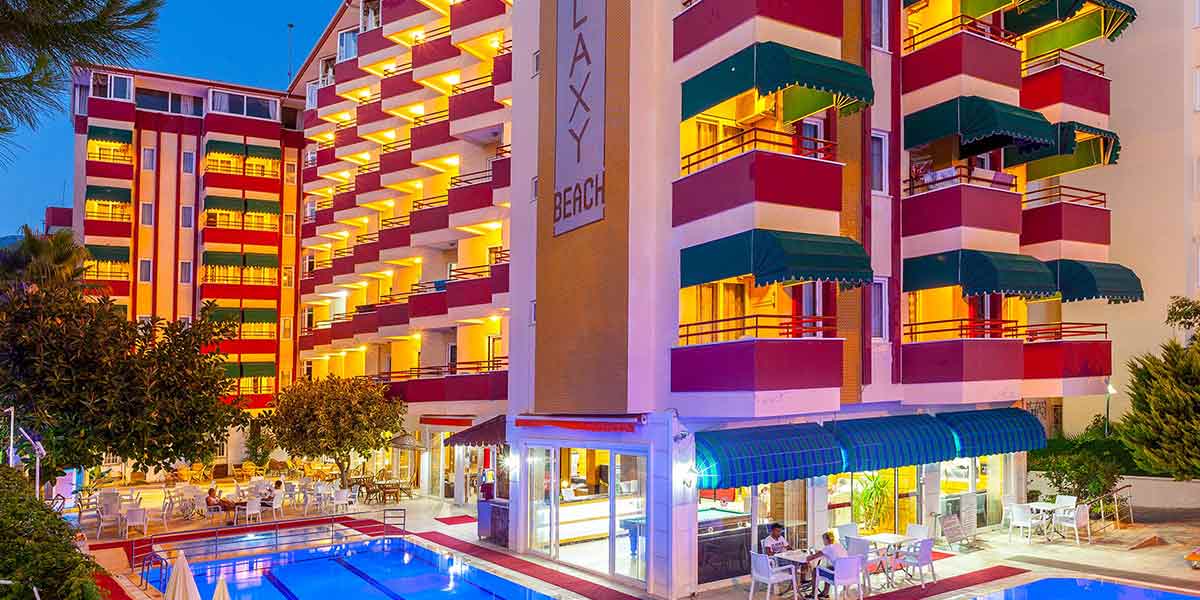 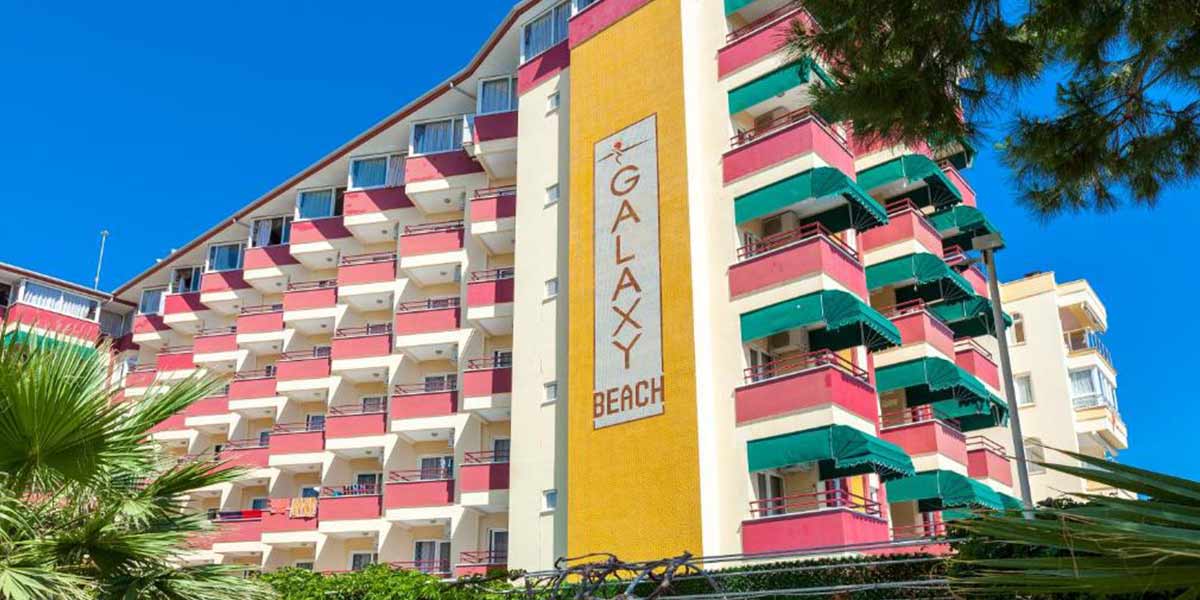 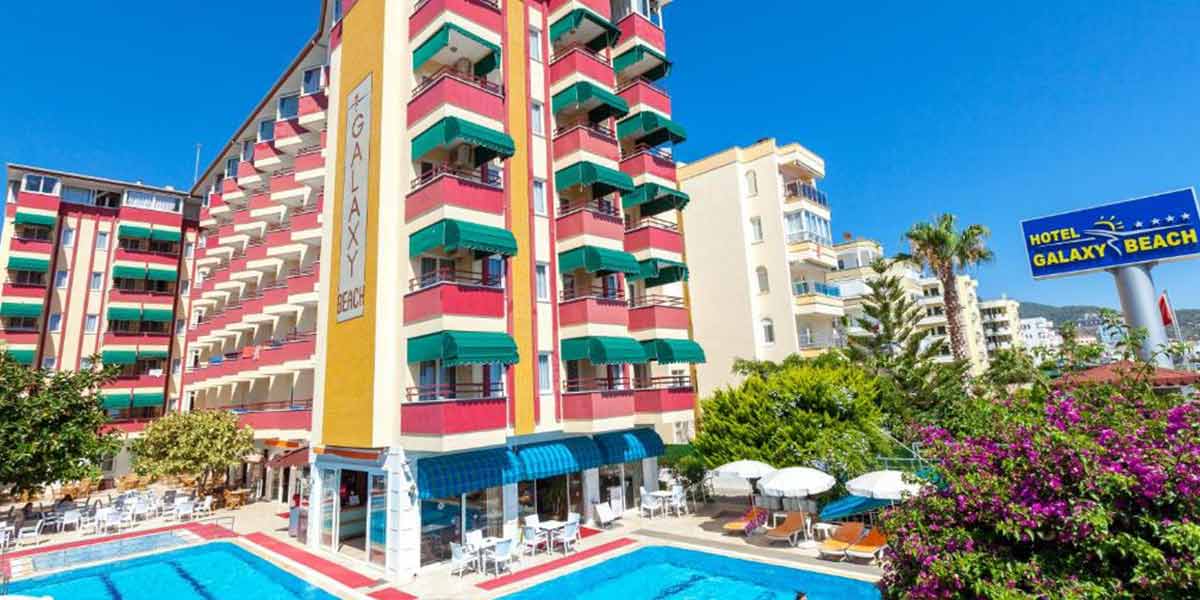 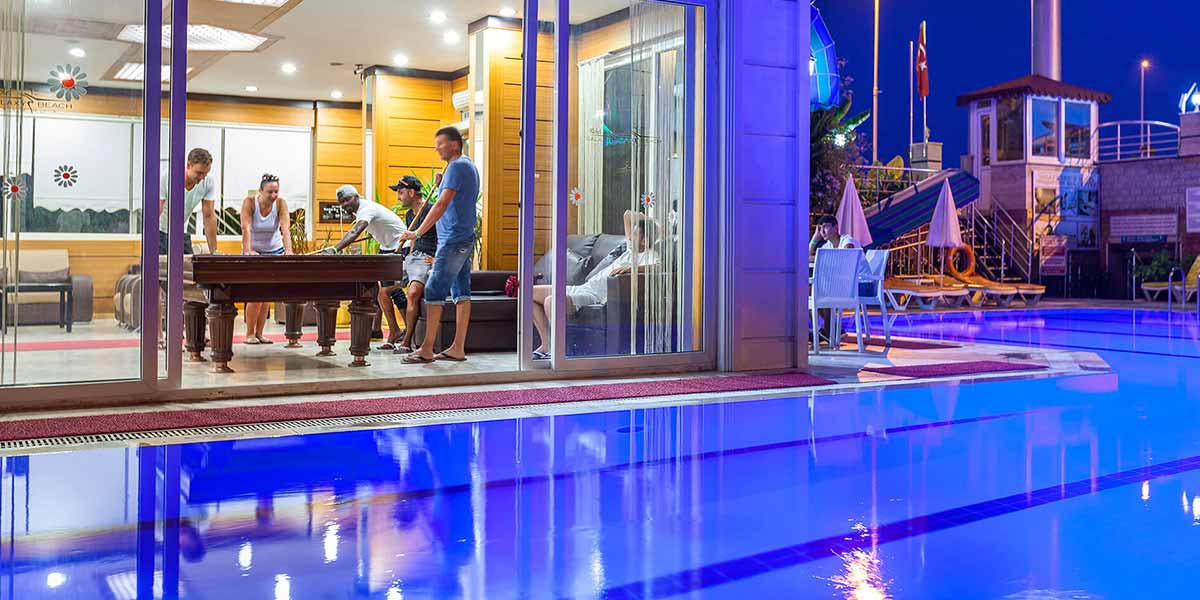 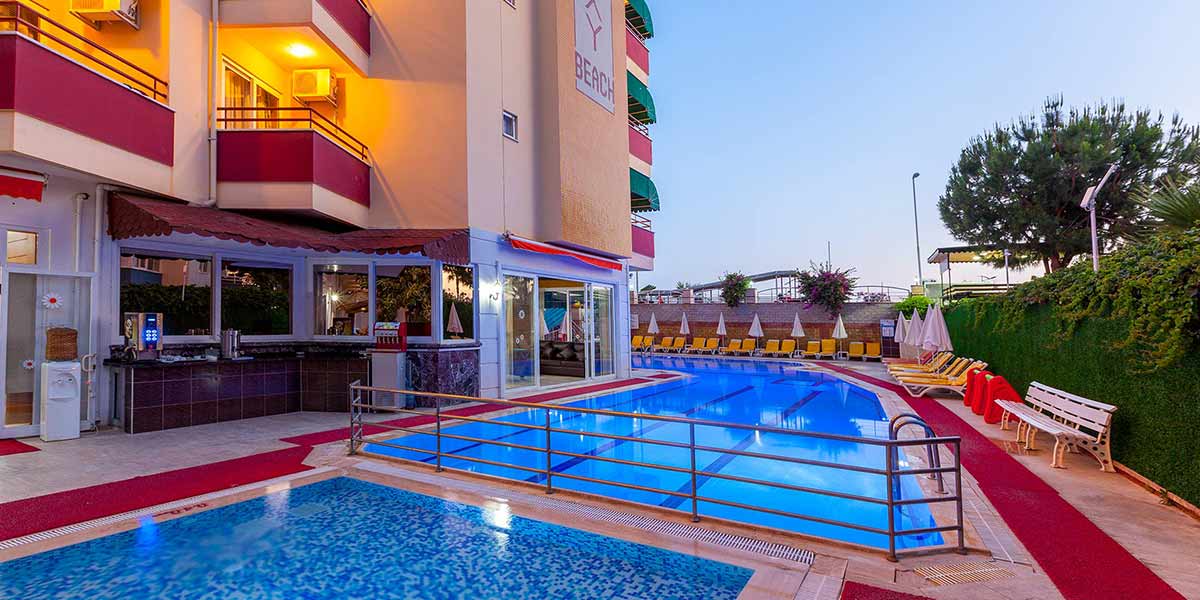 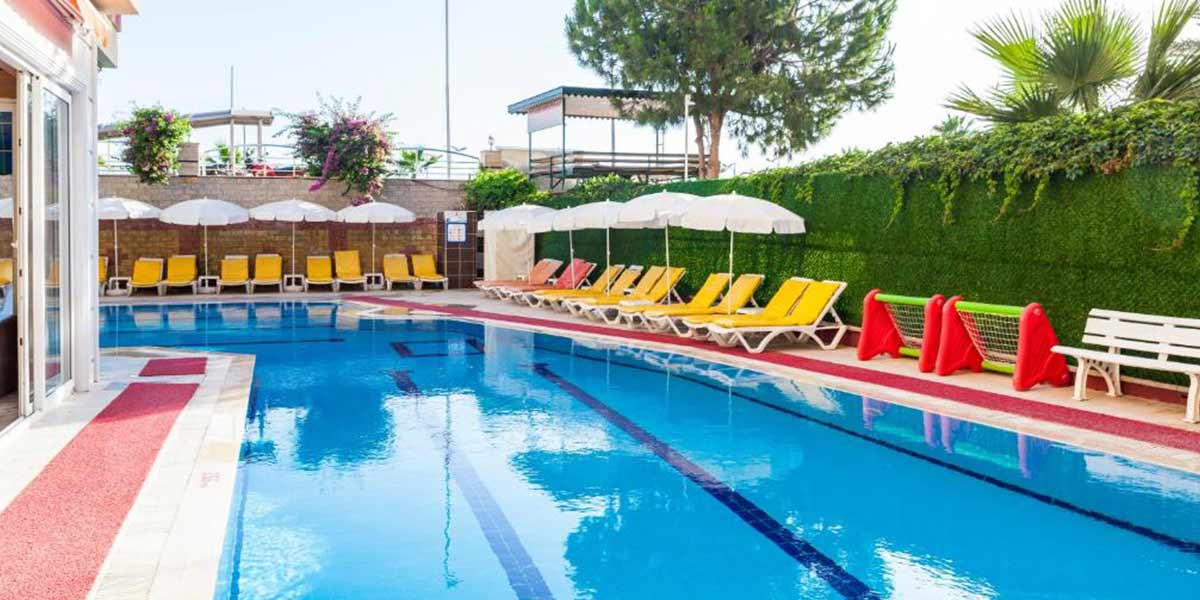 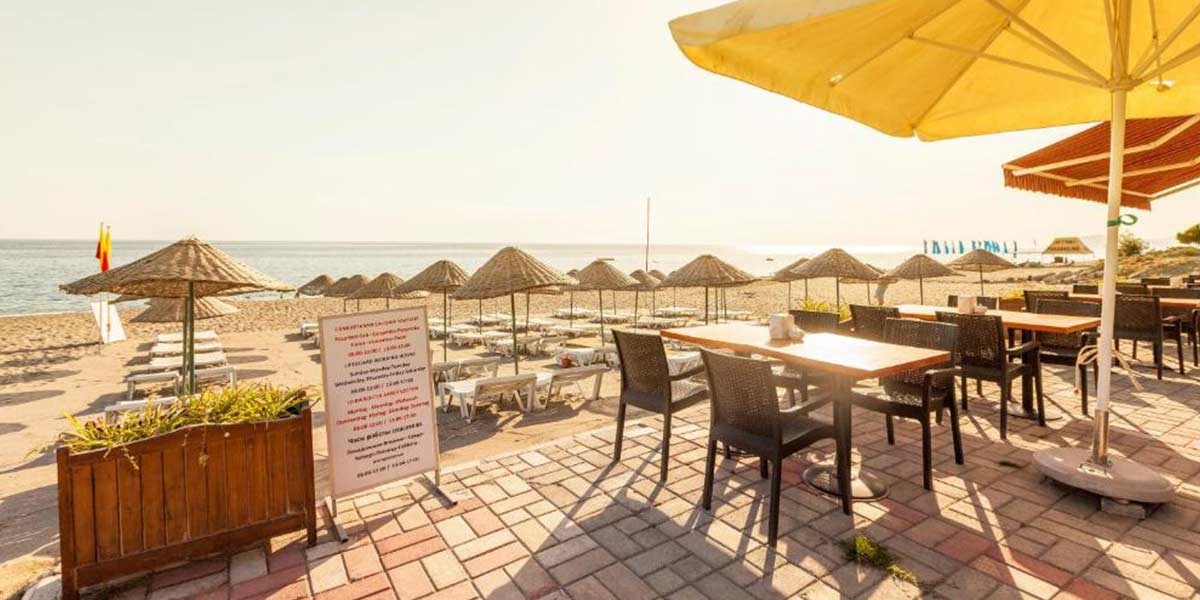 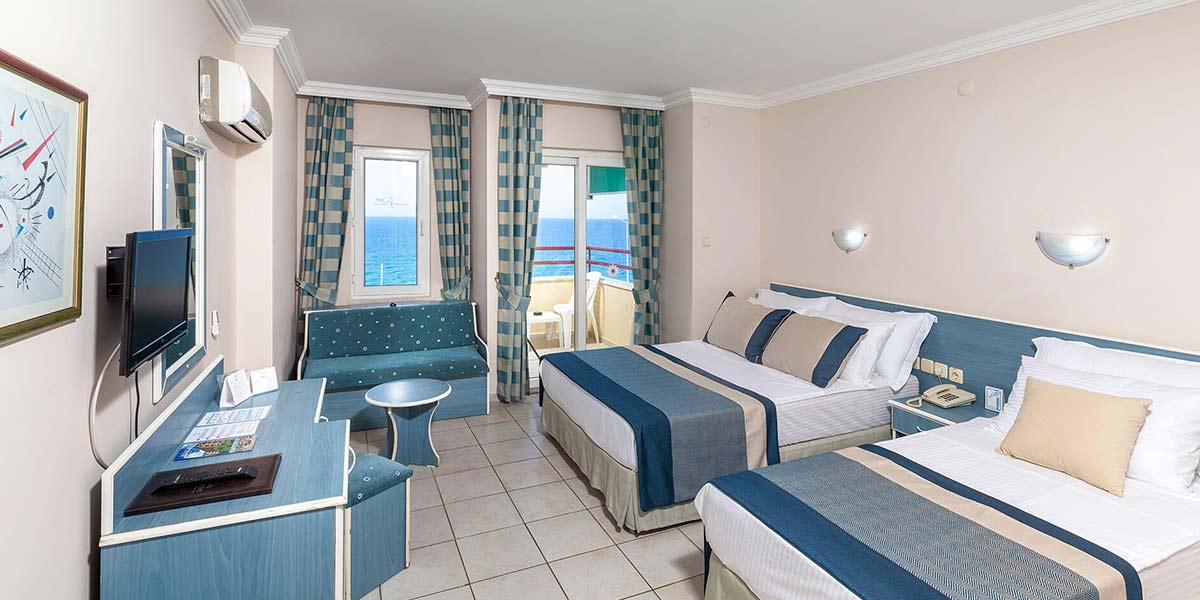 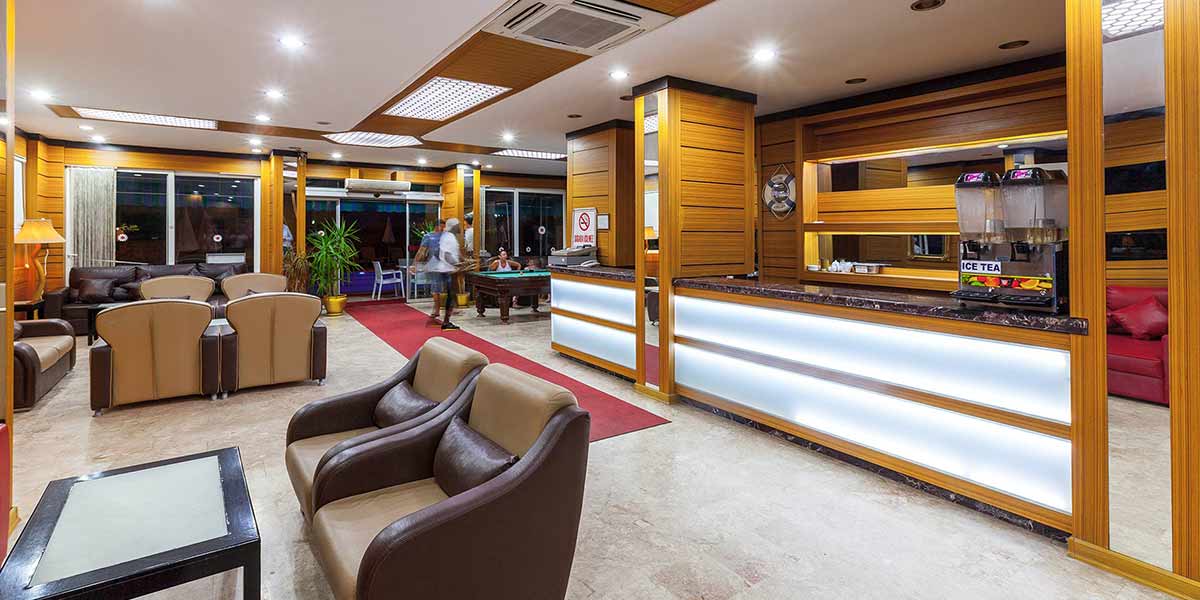 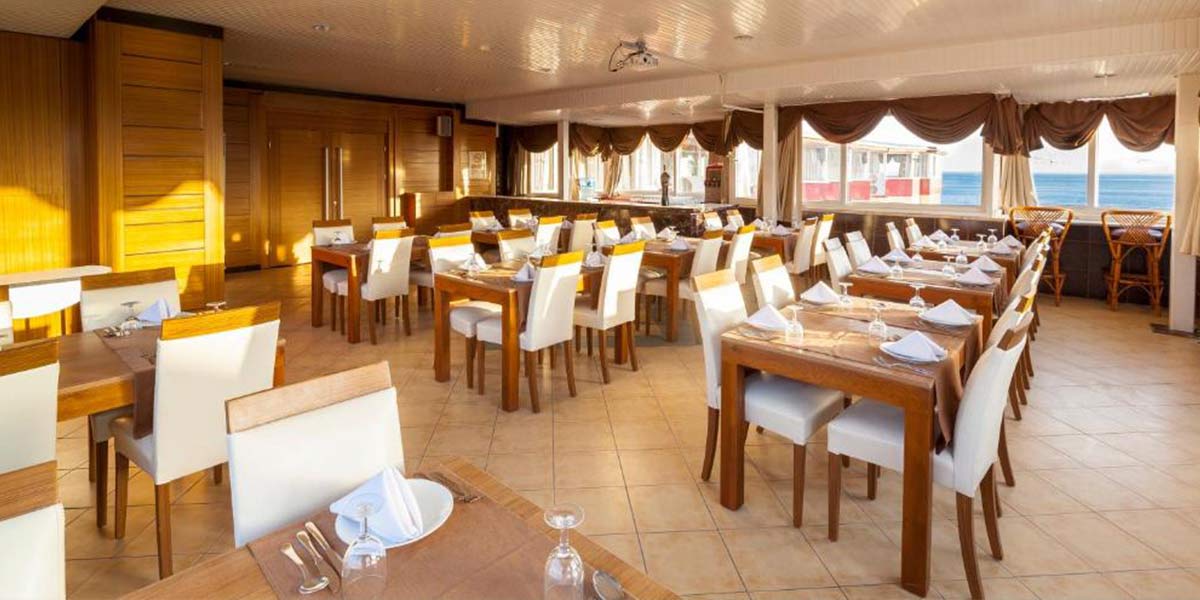 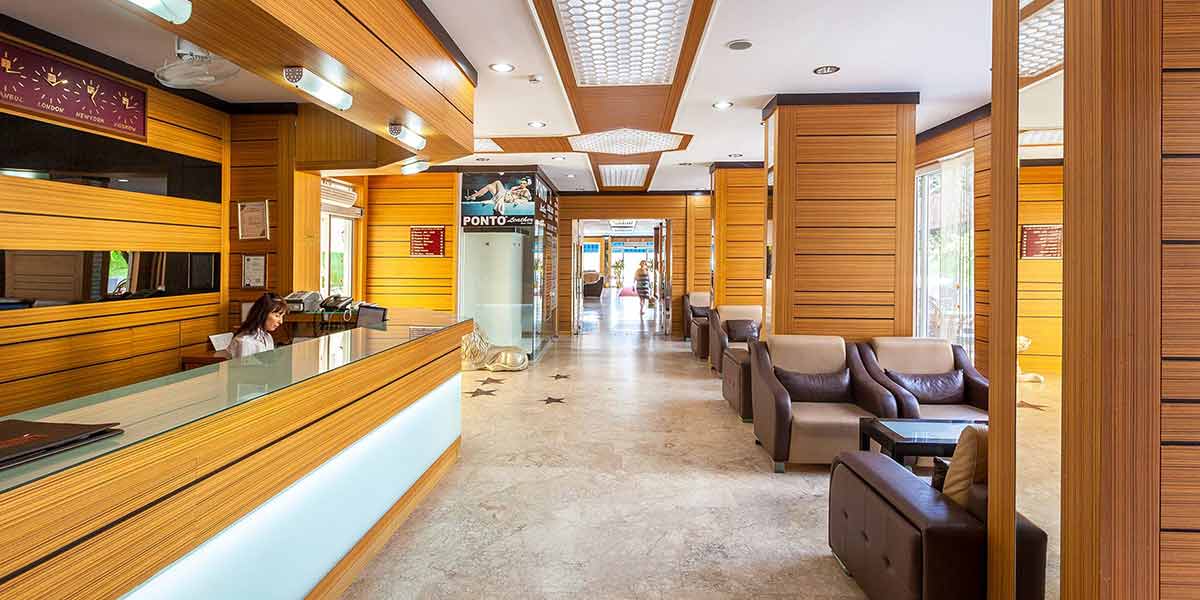 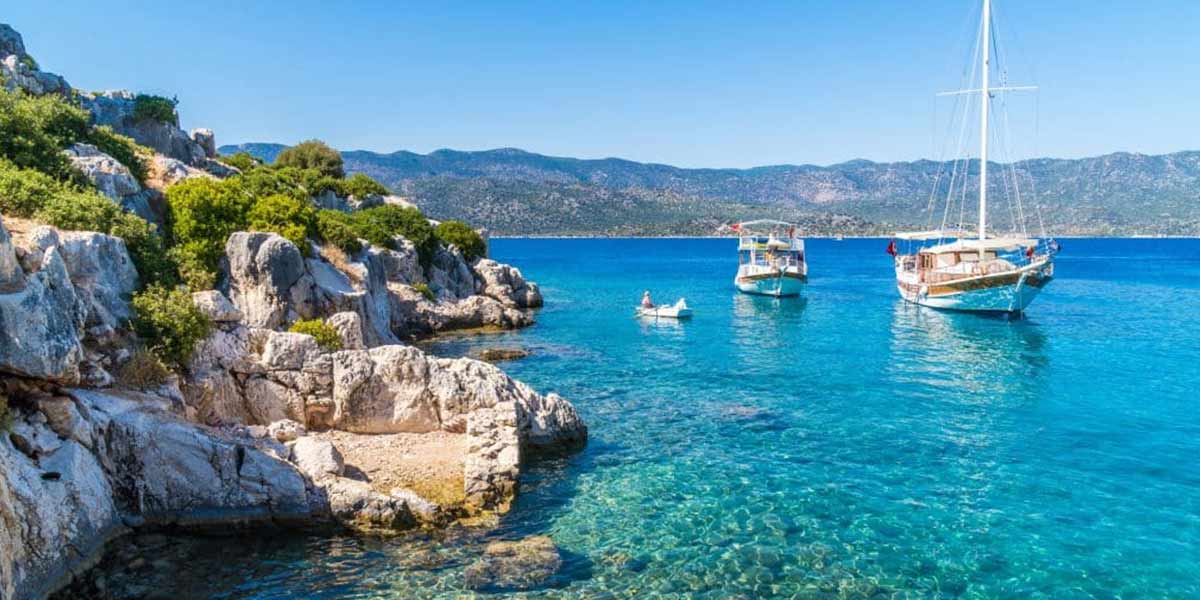 Antalya is a Turkish resort city with a yacht-filled Old Harbor and beaches flanked by large hotels. It's a gateway to Turkey's southern Mediterranean region, known as the Turquoise Coast for its blue waters. Remnants remain from Antalya's time as a major Roman port. These include Hadrian’s Gate, built to honor the Roman emperor’s visit in 130 A.D and 2nd-century Hidirlik Tower, with harbor views.

This property is 1 minute walk from the beach. The Galaxy Beach Hotel Alanya is located by its own private beach in Alanya. Luxurious amenities include a sauna and Turkish bath. Balconies and seating areas are featured in all rooms.

The air-conditioned guest rooms have a view of the pool area or the Mediterranean Sea. Satellite TV and a mini-bar are offered in all rooms.

An energizing workout can be enjoyed at the fitness center. An outdoor pool is offered during the warmer months. There is also a pool and a playground for younger guests.

This hotel is located in Mahmutlar.

This hotel is located in Mahmutlar.

Some rooms have a balcony, which gives guests additional space for rest and relaxation

There is also a safe and, for a fee, a minibar

Equipped with a direct dial telephone, satellite television and WiFi, the rooms provide many ways for guests to stay connected and entertained

The dining area includes a buffet restaurant and a bar

A delicious breakfast gives guests plenty of energy for the day

At lunch and dinner, guests serve themselves at the generous buffet

The hotel provides medical assistance, a laundry service and a conference room