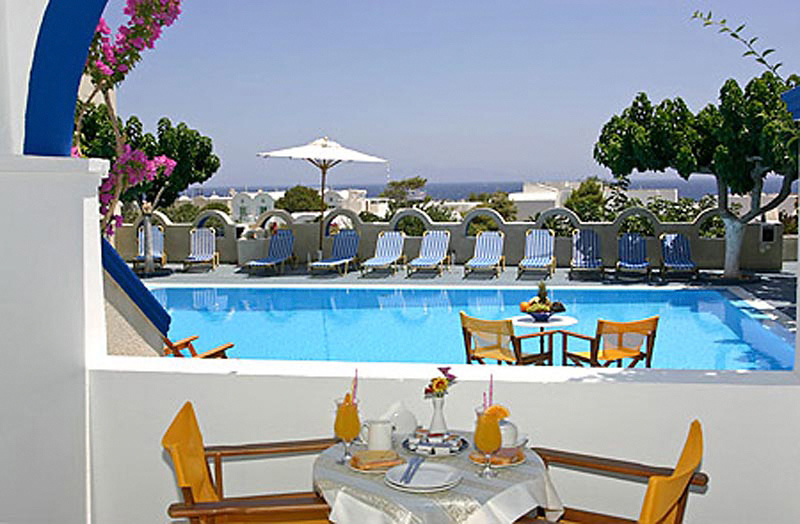 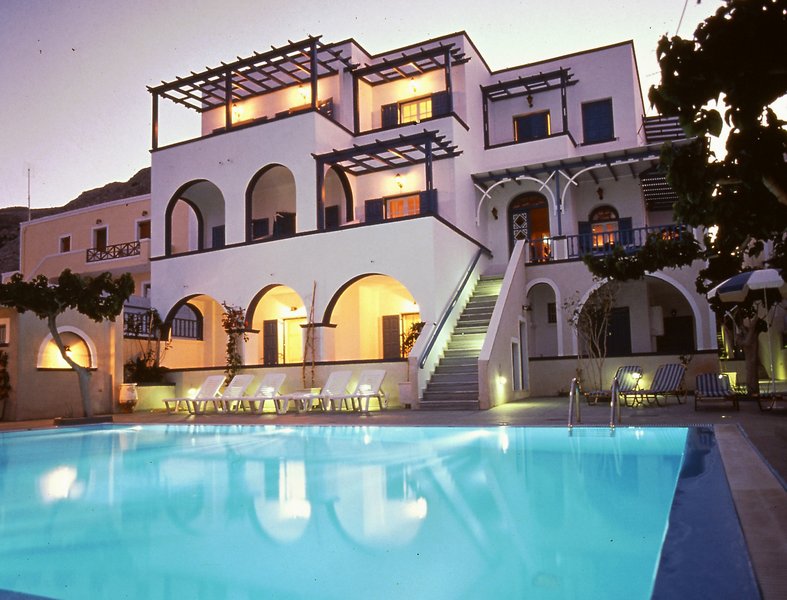 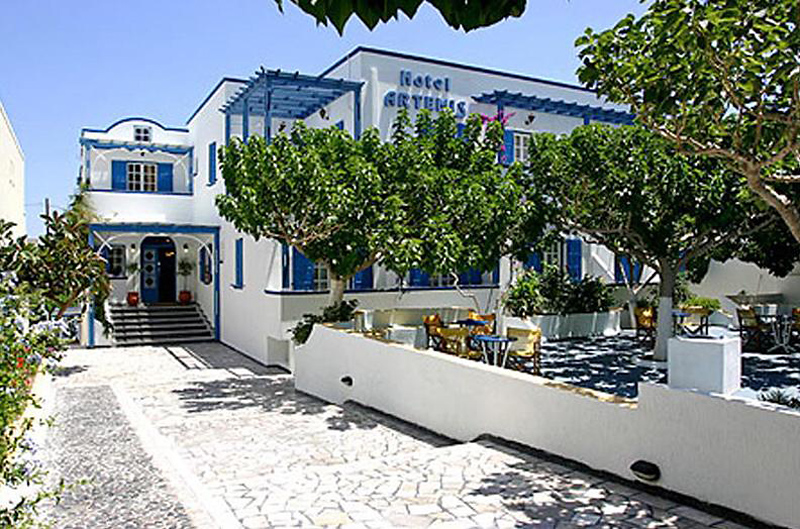 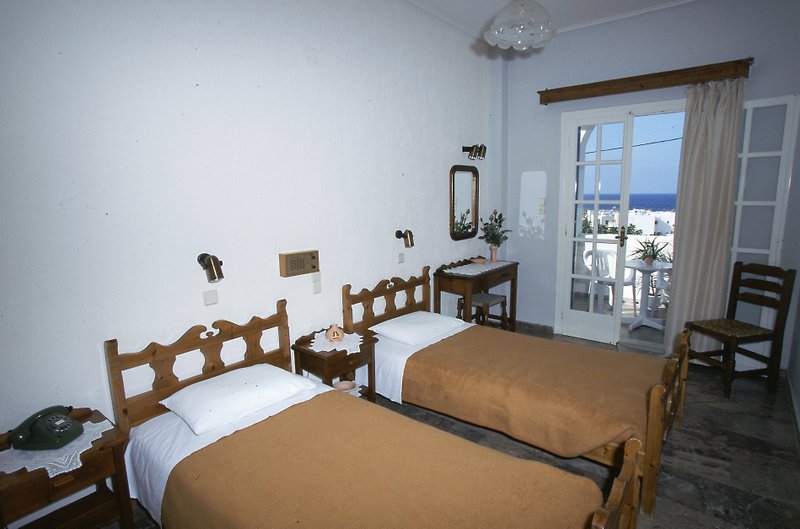 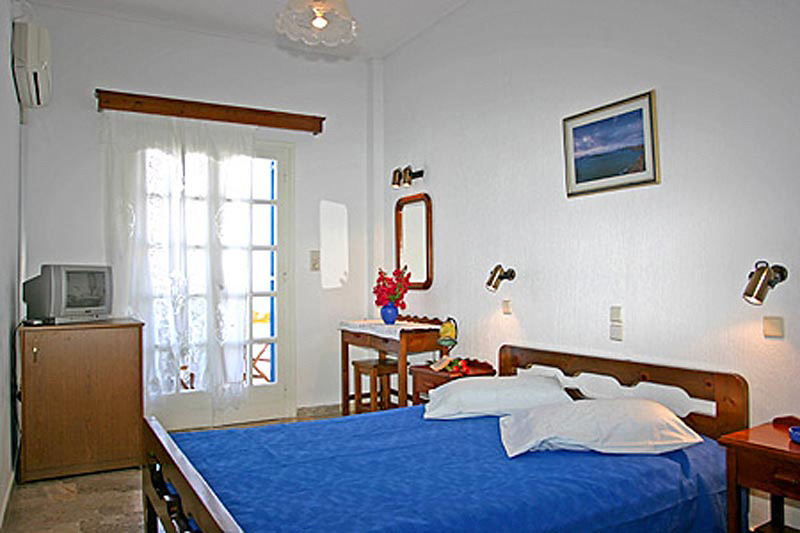 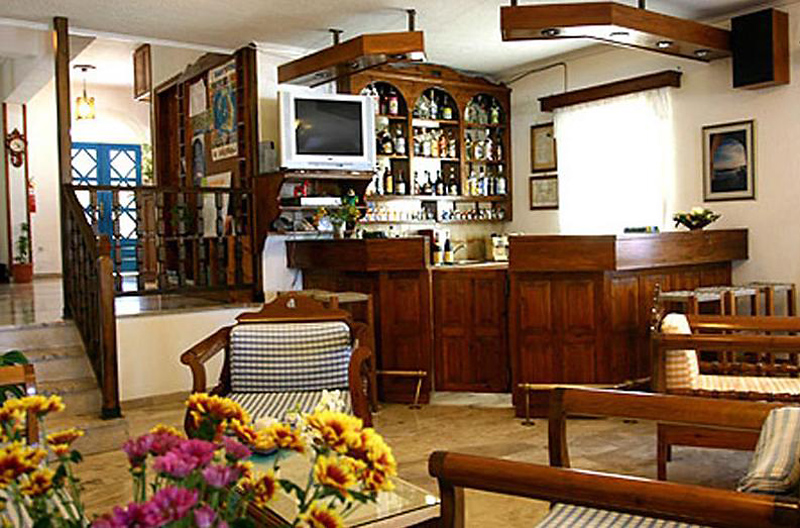 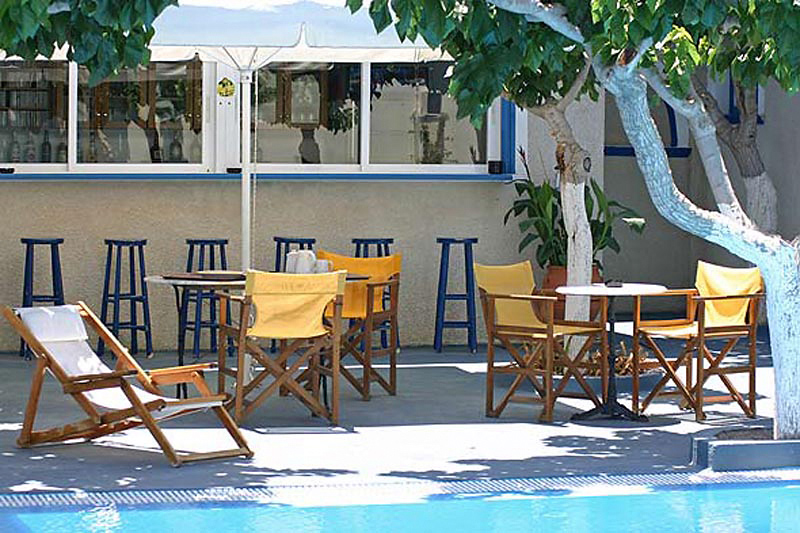 An ancient Greek island formed in a volcanic eruption, Santorini is a bundle of cultural and natural attractions. Historical and cultural sites can be found in the Ancient Akrotiri, while the volcanic beaches of the island feature a variety of white, red and black sands.

Adjacent to the island’s capital, Imerovigli is a traditional Greek village situated in an island caldera. Offering glimmering views over the Aegean Sea, the area is famous for its sunset frames and striking landscapes. Its amphitheatre-like shape, with the white houses sketched on the deep blue of the Aegean Sea, allows tourists to wander around the narrow paths and try out the traditional taverns, where fresh local food is served. For a taste of history, tourists may head to the Skaros Venetian Castle or see the churches of Ai-Stratis, Panagia and the Theoskepasti that are built in a Cycladic architectural style.

This hotel enjoys a quiet location on the edge of Kamari, about 150 m from the sand and shingle beach. Guests will reach Fira in 10 km, the airport in about 5 km, and Athinios port in approximately 15 km.

This hotel enjoys a quiet location on the edge of Kamari, about 150 m from the sand and shingle beach. Guests will reach Fira in 10 km, the airport in about 5 km, and Athinios port in approximately 15 km.

Guests will also find a refrigerator included among the standard features

Internet access, a direct dial telephone, a TV and a radio are provided as well

There is a bar on the premises

Bed and breakfast is offered as a catering option

Guests have a choice of 35 non-smoking rooms

To ensure guests a comfortable and relaxing stay, the hotel provides various services and facilities, including a TV room, a library, room service and a laundry service